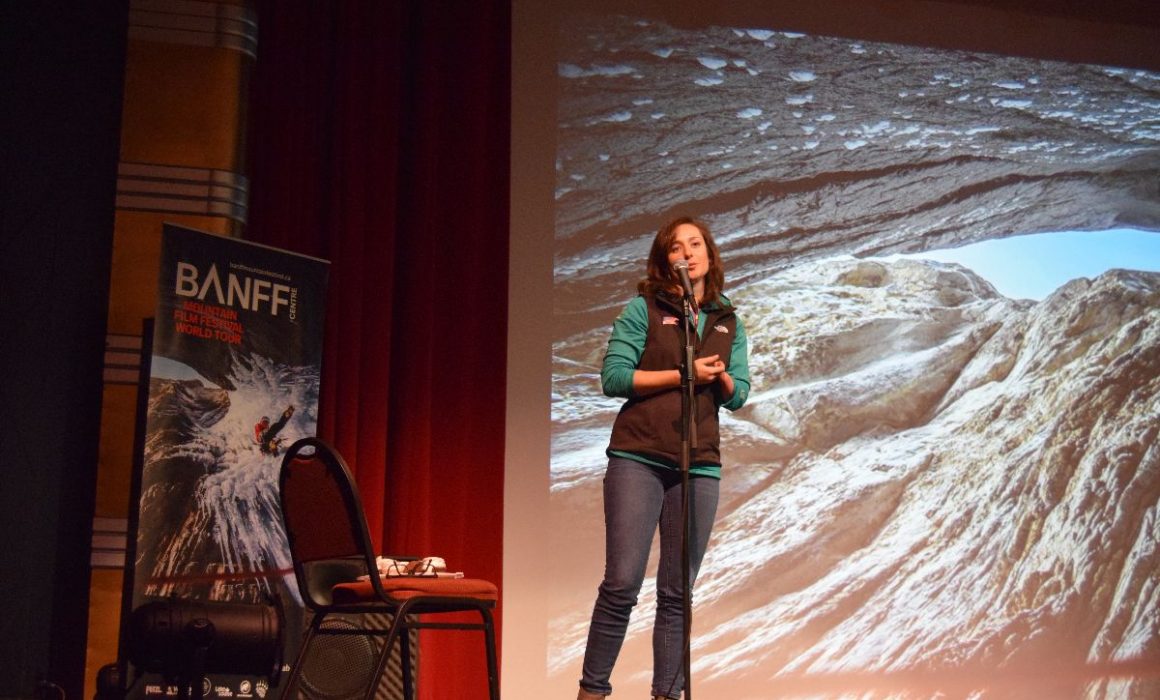 ELLSWORTH — Maureen (Whalley) Beck, a 2005 graduate of Ellsworth High School and star of the short film “Stumped,” was in town this past weekend attending The Banff Mountain Film Festival at The Grand.

The three-day, sold-out festival, presented by Cadillac Mountain Sports, featured a selection of short films on topics ranging from culture to extreme sports.

Sunday afternoon the theater showed a number of award-winners from the list of 2017 finalists. Films shown included “Johanna,” a four-minute piece on freediver Johanna Nordblad, who dives under the ice with no assistive gear; “Edges,” about 90-year old competitive ice skater Yvonne Dowlen; and “Breaking 60,” a 45-minute film about the quest of four ultrarunners in Hong Kong to run 185 miles with 14,000 feet of elevation gain in under 60 hours.

Beck answered questions on Saturday evening after the showing of “Stumped” and appeared at a fundraiser held at Fogtown Brewing Company following the show. What’s next for the para-climbing world champion and adaptive sports activist?

Beck says she wants to challenge herself with new routes that she previously thought were insurmountable. “To find my impossible.”

Read the story on The Ellsworth American: EHS grad featured at Banff festival